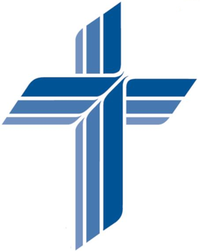 We believe that God works to reach us, give us life, and change us. We are stuck in the chains of this world, pursuing that which is pointless, even that which is evil. But He has broken those chains by dying on the cross, and then has given us a new hope and purpose by resurrecting into new life. He is present within our lives in beautiful and mysterious ways, foremost of which are the preaching of His Word, the baptizing of people into new life, and the communion meal of the Church. We have God’s presence through His Holy Spirit, not only now, but also into eternity. And this is the hope we wish to share with everyone whom God places in our lives.

We are a member congregation of the Lutheran Church- Missouri Synod. www.lcms.org

The mission of Benicia Lutheran Church is to make disciples of Jesus Christ and serve members of the congregation and surrounding community through worship, education, witnessing, fellowship, and service.

Our community is close-knit, and the same is true within our faith family; but we are always hoping to welcome new people into this family. Christ is continually bringing new and exciting opportunities into our path, so we are responding to His grace with continual self-examination in light of that grace. Right now, we are reflecting upon our lives of faith up to this point, and we hope to move forward in prayer and submission to God’s will.

We are a church family recreating ourselves with a focus on youth, discipleship, and community outreach.
Short History of Benicia Lutheran Church
Beginnings: On May 16, 1976 fourteen people gathered together at the home of Bill and Linda Ballowe to discuss the possibility of starting a church in Benicia. They had a vision of a Lutheran congregation in Benicia. So they rolled up their sleeves, united their efforts, and worked hard together in order to accomplish the task of starting a Lutheran congregation. Their vision was realized when Linda Bellowe, the lay delegate from Benicia Lutheran Church, signed the constitution of the Lutheran Church Missouri Synod during the April 10-13, 1980 58th Convention of the California-Nevada-Hawaii District on behalf of Benicia Lutheran Church. The congregation then celebrated that event during its May 18, 1980 Charter Sunday Worship Service.

Pastor David Floyd became our Pastor in August, 2013, and served us through November, 2020, when he accepted a call to Faith Lutheran, Pleasant Hill.

Pastor Phillip Kohlmeyer of Concord, CA, started serving us in December, 2020, and became our vacancy Pastor in January, 2021.

All are welcome to come and Worship with us each Sunday.

There is a new way where you can order your items AND donate to the church and Preschool at the same time. It is called AMAZONSMILE. A certain percentage of your order will be donated back to the school/church. Please use the link below when you make a purchase.

If you go through regular Amazon, it will not work. You have to go through AmazonSmile.

Thank you very much for helping the school and church through your everyday purchases!